I've moved to wordpress. Cross over and meet me there.

http://hanan.wordpress.com/
Posted by Hanan at 10:07 AM No comments:

Silver of the White Heart :)

Adil is married 15 years, has two daughters, and a wife who epitomizes all that is perfect in a Kuwaiti wife: looks, motherly affection, devotion to husband’s family, and an amount of love that is not weathered by circumstances. The Adil meets Sahar. And Adil falls in love with Sahar. Sahar, pregnant and abandoned by a man who married her but never authenticated the papers (thus leaving her with a possible bastard child), and lacking in motherly affection (her mother is more attentive and caring for the mentally challenged daughter of her old employer than to her own daughter), finds herself, in the midst of this roller coaster, naturally clinging to a stranger’s affection, and loves Adil back.
So far not a bad plot line, in spite of the absurdly annoying acting of almost all characters, and in spite of the lack of insight into the human nature that results in this exchange of love, and in spite of the perfect goodness of Dalal (Adils’ wife) and the perfect evil of Faika (Huda Hussain, another story, another family).
But today the plot thickens. Now Adil’s brother Adnan (a pilot who has two daughters from two separate ex-wives, one of which international) discovers his brother’s infidelity. And Adnan, who up to this moment was portrayed as the drunk playboy who was almost willing to give up his daughters, is now attempting to steer Adil back to the path of righteousness by … can you guess? Trying to win Sahar’s heart in a challenge he put for his brother: If I don’t win Sahar within a week, I will personally facilitate your marriage to her. His certainty is bewildering. What is it saying about Sahar? That her love is fake and she can easily be won by any man? Or is it showing us viewers that Sahar is indeed a woman in distress, and as such, has been vultured upon by Adil who, finding himself in need of love, grabs at the easiest prey?

Pardon me, dear readers. I find myself drawn, in Ramadan, to the essential duty of viewing at lease one badly-written, worse-acted Kuwaiti show.
Posted by Hanan at 6:04 PM 12 comments:

As the school year approaches, KU deserves a dedication:

This one is found around Shuwaikh Campus, mainly by the entrance gates: 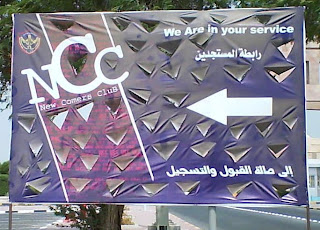 New Comers Club announcing "We are in your service"
In? As in they are indebted to the new comers? And then again, what kind of name is that? New Comers? Is it just me or is the title rather awkward?

And this next one is found in a book quickly becoming a favorite of mine: 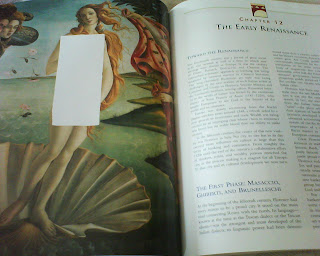 This is just not right. Such desecration! Why claim to teach art when we can't teach art? Why implement a new course "Literature and Arts" when the textbook ends up being mutilated like this? Poor Venus. The Goddess of Love deserves much better treatment.
Posted by Hanan at 12:37 PM 15 comments:

Such beautiful concepts, as uplifting to the spirit as listening to ABBA songs. So romantically bewildering even when rationally impossible. Or maybe because they're rationally impossible, they can be so romantically enchanting.
In preparing for my Literature and Art class, I am reading on Greek and Roman civilizations. Whereas the Greeks excelled because of their insistence on upholding the principle of reason (Plato's ideal Republic that is built on reason alone has long been a central argument in my theory classes where most of the students are 'romanticly' inclined to love literature, a world of emotions and passion), the Romans excelled because they were like a sponge, ready to absorb other cultures and ideas, ready to be open for others to assimilated with. When you're in love you allow the other person's ideas to be part of you, to absorb you.

When you're in love you throw reason out of the window, you throw Greek order out of the window (ironically Greece was the setting for that ABBA movie that tells us to throw away reason and succumb to passion.) And it is only when you're willing to do that that love works. Rationalizing a concept as romantic (pun intended) as love would naturally lead to its destruction.

I know I'm in love because I believe in the Always and Forever. And I'm not even a romantic person.

the hills are 'still' alive

It used to be our family's all time favorite musical. Used to be? I think it still is. 3 years ago when my mom and dad treated us 3 sisters to an unforgettable road trip covering Germany, Austria and Italy, we, always infatuated by this musical, and encouraged by our dad's relentless (romantic?) appreciation of music, took the Sound of Music tour and relived our childhood singing their songs in the tour bus (memorized by our family and by all the 'oldest' members on that tour).

If you're an avid fan, you'd wonder, like us, what happened to those kids.
Liesl's deep blue eyes are gone.
Friedrich is not so German looking anymore.
Louisa? Oh well. I never liked her, in spite of my sister's undying devotion for blonds.
Kurt still has that crunched up face :)
Brigitta is still the same.
Marta used to be so cute. She's just a woman now :)
Gretl is not as ugly now as she was then. Used to be the ugliest kid. Again, in spite of being a blondy. 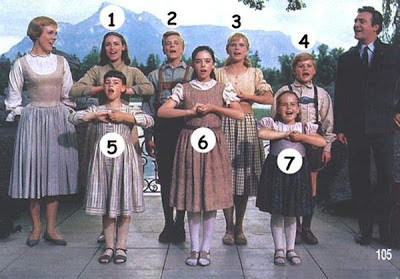 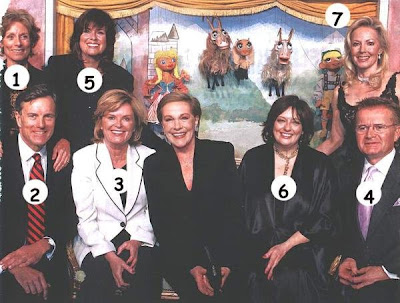 Teaching a course in Literature and Arts next term and this is as much research as I've done so far for that (or rather, one that Sou did for me:) Thanks)
Posted by Hanan at 10:45 AM 7 comments:

Horton Hears a 'What?" So the kangaroo goes to an eagle called Vlad - one who has an accent that stresses his Vampire status - and Vlad promises to 'deflower' the spec .... a kid's movie? Really? Is it just my mind that associates a vampire who deflowers a spec with sexual connotations?* Wii Fit: my new addiction. It started with Wii Sport but now moved to Wii Fit. They have to come up with a new game soon before this one wears me out.